While in 1950 10 of the world’s 30 largest cities were European, by 2015 only one – Paris – will remain. The metropolises of the earth’s most densely populated continent will soon cease to be of central importance to the global discourse on the city. In Asia, Africa, and South America where some cities continue to experience double-digit annual population growth, the definition of the metropolis is now being re-written.
Perhaps the continued relevance of the European city is dependent on the same sort of alliances that have allowed the once fractured continent to become a political and economic unit…. With an urbanisation rate of over 90% at its core, with an already existing network of infrastructure that provides easy access to its multiple centers, with its well-defined peripheries, Europe has the potential to re-establish itself as a single, interconnected urban core – city on a continental scale. 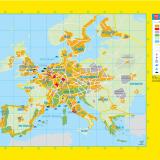 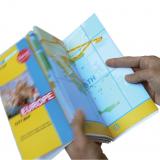