Short Movie Night
The first day was dedicated to short films that have been projected on a silver-screen of snow and ice. Movie directors from Australia, Costa Rica, Germany, Greece, Hong Kong, Japan, Korea, the Netherlands and Austria contributed to the program. The projection surface of snow and ice seems to let the light just a little deeper in as normal canvas which results in a fantastic 3D effect.

Dante’s Inferno 2014
On the second day of minus20degree, Dante’s Inferno, the first part of Dante Alighieri's epic poem Divine Comedy, was staged as a walk through an alpine winter forest. The walk was designed as theatre play in which instead of the actors, the audience have taken on the dynamic part. Guided by Virgil the audience went from condemnation to condemnation where it was confronted with contemporary hellish figures. Natural as well as technical features of the landscape served as architecture and decor for the individual stations. Trees turned into prison poles, drainage pipes into anvils and rocks into fortresses.
For about an hour the peaceful forest was turned into hell and innocent visitors witnessed the depths of human soul. 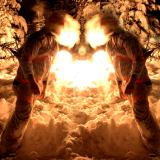 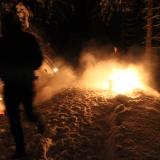 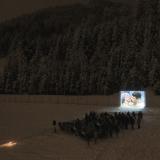 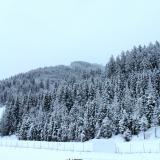