The city proposed in the site a park with residential elements. After subtracting the non build able areas the density rises more than double. This confronts us with a major challenge: How to inhabit a park? The main concern by developing houses in a park is the question of who maintains the green space. We will privatize most of the green space giving it to the inhabitants who will care for it. Due to the sunken condition of the area the total will become a visual garden for the city. 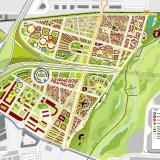 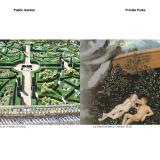 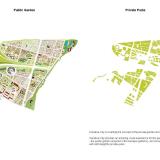 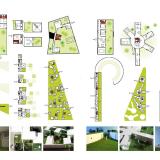